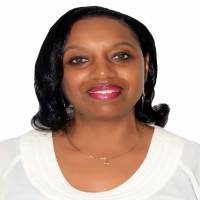 Dr. Eleanor Ann Nwadinobi is a medical doctor and a gender and human rights consultant. Currently she is a manager with the Nigeria Stability and Reconciliation Programme(NSRP) a peace building programme managed by the British Council and funded by UK aid. she  is the holder of the EMA (European Union masters in Human Rights and Democratisation) from Venice, Italy . As consultant to DFID, CIDA and UN agencies, Dr. Nwadinobi has participated in programme reviews including HIV/AIDS, Reproductive Health, Girl Education, Child Protection, Water and Sanitation Projects in Nigeria.

She is the founding Zonal Coordinator of the Coalition on Violence Against Women. She sits on the Board of several International and National Organisations including Blossoms of the Vine Fellowship (BVF), Widows Development Organisation (WiDO) .  In 2013 she was honoured in New York at the CSW by Nation to Nation networking with an award of merit.

Dr. Nwadinobi is a visiting speaker at the Lehigh University, Bethlehem Pennsylvania, USA. Her hobbies include swimming and gardening. Dr. Nwadinobi is happily married to Okey Nwadinobi a Federal Commissioner in Nigeria and is the mother of four delightful children, 2 boys and 2 girls.

Nigeria contributes meaningfully through her technical expertise and numbers to MWIA.

Nigeria has best practices in ensuring Medical Women Associations are active in  at least 30 of the  country’s 36 States, including the Federal Capital Territory.