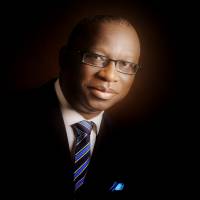 Dr. Ebun Bamgboye is a Consultant Physician and Nephrologist, with a special interest in Nephrology (kidney medicine). He is the head of the Dialysis/Transplant Unit at St. Nicholas hospital and the Clinical Director of the Hospital.

Dr. Bamgboye graduated from the University of Ilorin in 1984. Following this, he did his house job at Lagos University Teaching Hospital. He then spent 2 years working as a Medical Officer in Kaduna following his National Youth Service year. In 1988, Dr. Bamgboye returned to Lagos University Teaching Hospital where he worked and trained as a resident Doctor for 5 years. After obtaining his fellowship of the West African College of Physicians in 1994, he was appointed Consultant Physician/ Nephrologist and Head of Dialysis unit at Gbagada General Hospital, Lagos. He worked there for 4 years before moving to St. Nicholas Hospital.

Dr. Bamgboye has been employed at St. Nicholas Hospital since February 1998. Over the years he developed one of Nigeria’s most prestigious and functional Dialysis Units, which receives referrals from around the world. He is also the Head of the St. Nicholas Renal Transplant Unit. The Renal Transplant Unit has been running for over 15 years now and was the first unit in Nigeria and Sub-region to perform a successful kidney transplant and has performed over 80% of all Kidney Transplants in the Sub – Saharan African.

He is currently a member of the Africa Subcommittee COMGAN, organ of the International Society of Nephrology and the Advisory Board, St. Nicholas Hospital, Lagos.

Dr. Bamgboye was announced the 13th President of the Nigerian Association of Nephrology during its 26th Annual Conference which took place in Akure, Ondo State from 16th February, 2014 to 21st February, 2014.

Dr. Bamgboye has several publications to his credit, amongst which are: